Thanks for stopping by! Have a look around my website and get to know me. Checkout my Facebook Fan Page and Follow me on Twitter - I may have some cool news soon!!  In the meantime, see you at the movies! 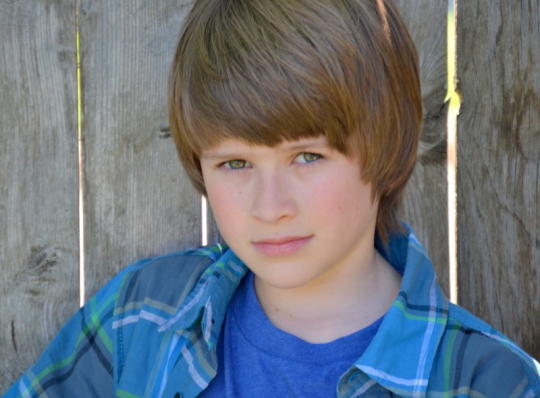 Review: Wahlberg Does One Last Job in 'Contraband'

Yes, "Contraband" follows the tried-and-true One Last Job formula. Yes, Mark Wahlberg is nestled deep within his comfort zone as a former master criminal who's lived a dangerous life and gone straight.

Still, this is a solid genre picture that knows exactly what it is, has no delusions of grandeur and carries out its task in entertaining and occasionally even suspenseful fashion. That probably sounds like an elaborate way of saying, "Hooray for mediocrity!" But it's January, and we'll take our thrills where we can get them.

Connor Hill Talks Restive and Being In Films

BSCkids recently got the chance to interview up and coming young star, Connor Hill. He is currently in the new film, Restive.

Connor began acting at the age of five. He is best known for his appearances in films made for television.  In The Librarian III: Curse of the Judas Chalice, he was cast as the young Judson . March 2011 brought the premier of his first major role as Hopper in Restive starring Michael Mosley of Scrubs and Marianna Palka of Neds. He is also starring in the role of Michael, son to Mark Wahlberg and Kate Beckinsal, in Contraband and the film Jacked in which he portrays Chad, son to Maria Bello starring Stephen Dorff.  Connor is slated to start production and Co-Star with fellow child actor Kennon Kepper in an action thriller Code Silent December 2012.

What was the first acting gig you got?

﻿I was actually about five and was in a movie called The Librarian.

What can you tell us about your film, Restive?

I actually just went to the premiere and it’s a pretty intense movie. It is about abuse in a family. My mom and I are running away from my uncle and father. And whew, it’s just a pretty crazy movie.

What has been your favorite actor/actress to work with so far? 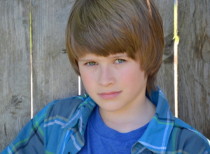 Hollywood, CA – At just 9 years old, child actor CONNOR HILL is already racking up several major screen credits and working with some of the biggest talent in Hollywood. With three films about to release and heading into production on a fourth later this year, this young ‘pro’ is on his way to becoming a household name.

Hill stars as the son of Mark Wahlberg and Kate Beckinsale in Universal Pictures forthcoming thriller CONTRABAND, due out in January 2012. The story follows a security guard (Wahlberg) with financial troubles who considers a return to his smuggling ways when an associate offers a potentially lucrative opportunity. The film also stars Ben Foster and is directed by Baltasar Korakur, who produced and starred in the 2008 Icelandic original. ﻿

Connor Hill as The Specialist's mini-buddy!

Molex® Mini-Fit® and TTI are here to deliver on your high-current and high-density connector needs. But, what happens when our nemesis pulls out all the stops to shut down the production line? Watch to see how The Specialist and his mini-buddy (that's me!) use Mini-Fit® connectors to save the day.﻿

No Slump Yet: 'Contraband' And 'Beauty & Beast 3D' Set Records For MLK Holiday

RESTIVE, a film by Jeremiah Jones. News, Teasers, Stills and Behind The Scenes